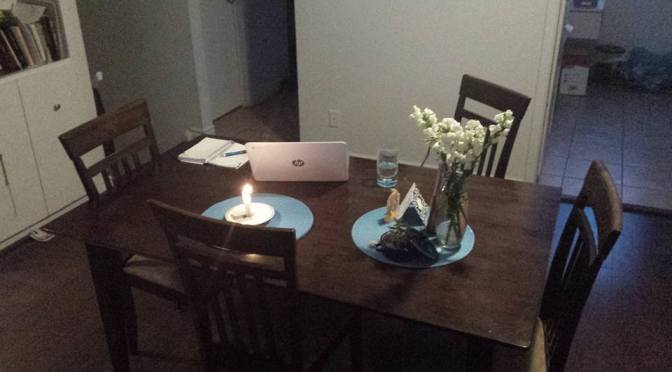 I was in a home which I was either trying to make my own and get someone out of, or I was going to leave it altogether. When I went downstairs to rest, they made a big mess upstairs and they switched the table I liked for an old one that had been downstairs.

At first, when I came back upstairs, I just saw the mess and I started cleaning but then I noticed the table in the middle.

This doesn’t belong here and it’s going, I said.

They were surprised because in the past they could get away with this sort of thing.

Now they felt dumb that they had tried to do this.

And they started to think about how to move it out.

Rachel is a Baha'i and is currently living in British Columbia, Canada. She started using a Dreams For Peace approach to healing trauma in 2009. Since then, she's co-founded a nonprofit which runs transformation programs in jails. She's listened to hundreds of dreams from inmates & their families and is writing a book about the messages of Peace these profound dreams contribute to the world.