(This is an expert from the book 1008 Dreams & Interpretations. It shows my letter to Richard about the dream, the dream itself & the interpretation. In the book, I share more about how applying the dreamwork solutions completely transformed my life for the better. In the dream I mention my “husband” but as of  December 2009 we were separated and since then have divorced. He is now my ex-husband.)

For so many years my dreams having been giving me messages that I have tried to decipher and no interpretation worked as well as this concept of dreams
being messages for peace. I’ve taken to writing my dreams as soon as I wake up and creating a dream dictionary of the symbols I’m seeing. You know what
happens to me when I pay attention to my dreams like this? They multiply!!
LOL! So I’ve been busy and really enjoying it.

It makes a lot of sense to me that dreams are messages of things to come.
What a comfort it is to be able to prepare oneself with qualities that bring
peace to situations that may otherwise have lacked in them.

It seems I have the qualities of a good “dream musician’ as I have been in
the practice of meditating for more than 15 years. I really enjoy Yoga,
prayer and meditation, and find that unlocking the messages in my dreams is
doing a lot to balance me and give me a deeper understanding of choices that
are before me right now.

Here is something I have wondered about for about 10 years. In 1999, I had
moved to a rural part of Ontario where I had relocated to help form a small
Baha’i community’s first Local Spiritual Assembly (back when that was one of the goals of the 5 year plan).

At that time, I had a dream that I saw a moose get hit by a
white car and then stumble off into the woods. When I awoke I discovered a
white car with a smashed in front hood in my driveway. Later in the day the
owner of the car came back for it and she said she had hit a moose in the
night. I was so surprised! Shortly afterwards, I spoke with a homeopathic
doctor who also did dream analysis and he said that when we dream we have a
type of a “radar” that picks up event energy and that I was sensitive to the
events that had occurred outside my home.

I was wondering if you might have a different way to explain such a
situation?

In my observations of my recent dreams in the past month I’ve noticed the
common themes and feel as though I understood many of the messages that were
there. Last night I had a new dream senerio with a completely different
tone, new symbols, and it feels like a new “dream song” altogether. Perhaps
you wouldn’t mind giving your interpretation to get me started on these new
dream images.

I am walking down a car-sized gravel road in a wooded area. I approach a
path that takes me off the main road onto a smaller foot path that I can see
go off into the horizon. There are less trees in this direction and it is
more open. An ostrich appears at the entrance way to the foot path. It talks
to me and tells me to leave stones as I go along the way. It says I need to
leave stones along the path and then a vision appears of stones the size of
grapefruits that are set 10-20 feet apart down the path. Then the vision of
the stones disappears. The ostrich then takes 3 separate stones that are
shaped like the legs, body, and wings of an ostrich and it places them
beside a huge boulder at the foot of the path. It says, “this goes here so
that you will always know which way you have gone for the next time when you
come this way again.”
I stand watching the ostrich and trying to understand why I need
ostrich-shaped stones at the foot of a path. As I look toward the horizon, 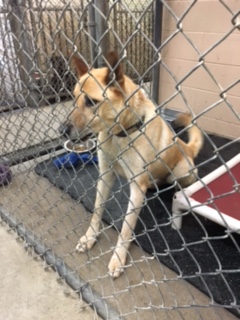 it appears to me that this is the entrance to a labyrinth, a mystery of
sorts. A German Sheppard dog appears in a vision on the path showing me it’s
the way to go and then disappears.

There is a big stone building. Someone comes to find me and tells me that
they have something for me. It’s the remains/a body part of an old, deceased
relative. When I am confused he says that they have this tunnel on their
property and a service they provide is that people can put a body part down
into it at the beginning of the day and then they research it and find who
it belongs to and give it back to you at the end of the day. Someone had
submitted some manure and it was traced to this woman who is a relative of
mine. And I am given a box with remains inside. I am told to go to a room
where others will be waiting for me.

I get to the room and find my husband is there beside two big long conference tables.

There is a stack of magazines. I’m asking him what we are
supposed to be doing. He just keeps talking about his pink pants and that he
needs a bigger size. When the teacher arrives she is annoyed that we have
not started and I am annoyed that I didn’t know what to do to start. She
tells me to separate each of the pages of the magazine along the table to
put them in order. There are several others there doing the task too. I
begin working on the project. My husband is distracted and I wonder if he has a
hearing problem and that is why he didn’t hear or understand what it was we
were supposed to be doing. He had been given the instructions before I got
there.

As I’m sorting I ask him what he’s doing because he’s still not doing it. He
says he’s liking these pink pants that he just found and do I have a bigger
pair. No I tell him, I don’t. So he leaves to go find another pair. I watch
him go and now he is wearing the pink pants and I like them on him but am
glad he is leaving.

The magazine is a women’s magazine. It has art and cooking and articles on
empowerment in it. It is interesting to me and I take the job of putting it
in order quite seriously and find it enjoyable. Another woman is a bit
confused at one point and I help her to straighten out some of the pages.
There are about 100 pages.

Rachel,
In the 7 Sevens, in the Valley of Wonderment, Baha’u’llah asks us
to ponder about the mysteries that lie hidden in dreams that we may
attain to divine confirmations and enter regions of holiness.   He
seems to especially want us to ponder the question you raise about the
dream and then it coming true in real life and meditate on the
difference between the dream world and the real world.

One of the barriers to doing this process is presented in the
dream you had in 1999 and then most recent dream.   Now I think most
people would look at the 1999 dream and look at the part of it coming
true in a literal sense.   This is a good thing to do because it helps
us realize that the spiritual world or the dream world can exist
outside of the laws of time as we know them.   They know that things
are going to happen before they happen in the real world.  After all,
God is All-knowing.   This also helps us to understand that dream time
can be a before time reality to serve as a kind of warning so that we
can change things ahead of time or prepare ourselves.

So on the one hand, you could take the dream as literal and that
would be correct and you could take the dream metaphorically and that
would also be right.   The literal part of the dream can usually have
an intercession with prayer as can the metaphoric,  but the important
thing is how the white and the native culture can come together to
create something wonderful and new instead of the destruction that has
occurred in the past.

In the ostrich dream, you can first ponder on the question of why
an ostrich.   It is a big huge bird, not unlike the moose, and it is
asking you to create marker stones so you won’t forget your way.    I
think that the key about the ostrich is its size and that it wants you
to make very visible markers.    Markers are a symbol for memories and
the reason that you need the memories is that the purpose of the white
materialistic culture that you currently live in is to have you forget
what you know so that you will do what others want you to do.    How
many times have you been told to forget what works and is good and
just get with the program of doing what they want you to do?  It is
frightening, but it is the white car that kills the moose.

The german shepherd is about the quality of loyalty meaning that
when you stay true to the path and remember it that you will be
guided.   Then you will start getting clues and be able to decipher
them.   The body parts is about deciphering. It is like being able to
read behavior in others and then finding where they need to go, what
virtue they need.

One of the mysteries of the dream is about your husband.   In
the dream he is trying to put on pink pants.  This means he is trying
on some feminine qualities to see how he likes them, which he does.
It turns out that you end up working on a magazine for women’s
empowerment so this seems to be the metaphor that is your starting
point.

A magazine is a symbol of sharing information and ideas and
so you can say that your current work is to begin the process of
sharing about women’s empowerment which combines all of the things
mentioned in the dream.     This is the reason that the ostrich wanted
you to have the big markers so that you would remember a lot of the
things that are valuable for women.  Without the markers you forget
and slip into the current culture that requires forgetting.

Rachel is a Baha'i and is currently living in British Columbia, Canada. She started using a Dreams For Peace approach to healing trauma in 2009. Since then, she's co-founded a nonprofit which runs transformation programs in jails. She's listened to hundreds of dreams from inmates & their families and is writing a book about the messages of Peace these profound dreams contribute to the world.